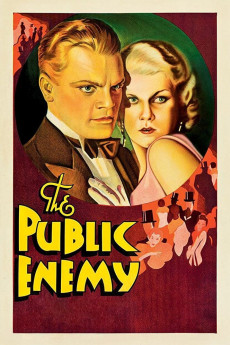 Mae Clarke, Joan Blondell, James Cagney, Jean Harlow
Tom Powers and Matt Doyle are best friends and fellow gangsters, their lives frowned upon by Tom's straitlaced brother, Mike, and Matt's straitlaced sister, Molly. From their teen-aged years into young adulthood, Tom and Matt have an increasingly lucrative life, bootlegging during the Prohibition era. But Tom in particular becomes more and more brazen in what he is willing to do, and becomes more obstinate and violent against those who either disagree with him or cross him. When one of their colleagues dies in a freak accident, a rival bootlegging faction senses weakness among Tom and Matt's gang, which is led by Paddy Ryan. A gang war ensues, resulting in Paddy suggesting that Tom and Matt lay low. But because of Tom's basic nature, he decides instead to take matters into his own hands. —Huggo