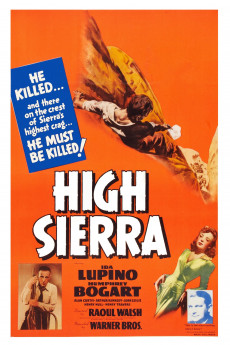 Humphrey Bogart, Barton MacLane, Ida Lupino, Isabel Jewell
Roy 'Mad Dog' Earle is broken out of prison by an old associate who wants him to help with an upcoming robbery. When the robbery goes wrong and a man is shot and killed Earle is forced to go on the run, and with the police and an angry press hot on his tail he eventually takes refuge among the peaks of the Sierra Nevadas, where a tense siege ensues. But will the Police make him regret the attachments he formed with two women during the brief planning of the robbery. —Mark Thompson