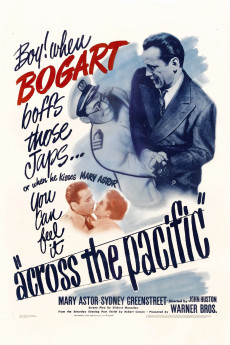 Humphrey Bogart, William Hopper, Mary Astor, Keye Luke
Rick Leland makes no secret of the fact he has no loyalty to his home country after he is court-martialed, kicked out of the Army, and boards a Japanese ship for the Orient in late 1941. But has Leland really been booted out, or is there some other motive for his getting close to fellow passenger Doctor Lorenz? Any motive for getting close to attractive traveler Alberta Marlow would however seem pretty obvious.