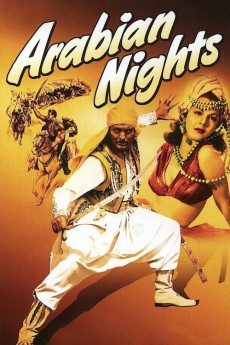 Amzie Strickland, Suzanne Ridgeway, Shemp Howard, Sabu
Dancer Scheherazade was told by the stars that she will become wife of the caliph in Bagdad. She tells Kamar, brother of caliph Haroun. He planned a coup d'etat, which failed at first, but supported by the wazir he finally succeeds. Haroun is injured and gets help from Ahmad's actor troupe, where he is nursed by Scheherazade, who doesn't recognize him. When she hears that Kamar is looking for her she goes to him, but is sold with the complete troupe of actors to slavery. They're able to escape, but Haroun is still in danger. To save him, Scheherazade agrees to poison Kamar, but Haroun tries to establish his rulership first. —Stephan Eichenberg