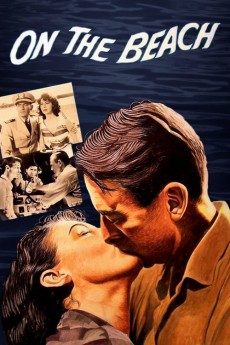 Gregory Peck, Ava Gardner, Anthony Perkins, Fred Astaire
In 1964, the nuclear submarine USS Sawfish arrives in Australia after the worldwide nuclear holocaust. Commander Dwight Lionel Towers confirms that the world has been destroyed and the nuclear dust is coming to Australia. The widower Cmdr. Towers, who grieves the death of his wife and children, is befriended by Royal Australian Navy Lieutenant Peter Holmes, who is a family man with wife and the newborn baby Jennifer. He has a lover affair with the local Moira Davidson, a still beautiful alcoholic woman with a past, and she falls in love with him. Cmdr. Towers and his crew invite the drunkard scientist Julian Osborne to join them in their reconnaissance voyage to the further North and to the United States, and they return hopeless and aware that Australia and the rest of the mankind has very few days until the doomsday.