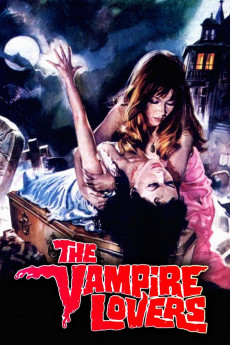 George Cole, Peter Cushing, Ingrid Pitt, Madeline Smith
The Countess is called away to tend a sick friend and imposes on the General to accept her daughter Marcilla as a houseguest. Some of the villagers begin dying, however, and the General's daughter Laura soon gets weak and pale, but Marcilla is there to comfort her. The villagers begin whispering about vampires as Marcilla finds another family on which to impose herself. The pattern repeats as Emma gets ill, but the General cannot rest, and seeks the advice of Baron Hartog, who once dealt a decisive blow against a family of vampires. Well, almost. —Ed Sutton