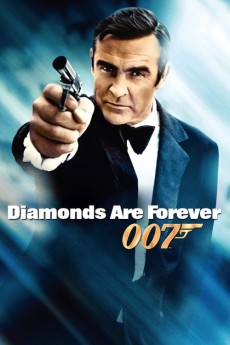 Sean Connery, Bruce Glover, Jill St. John, Bernard Lee
James Bond's mission is to find out who has been smuggling diamonds, which are not re-appearing. He adopts another identity in the form of Peter Franks. He joins up with Tiffany Case, and acts as if he is smuggling the diamonds, but everyone is hungry for these diamonds. He also has to avoid Mr. Wint and Mr. Kidd, the dangerous couple who do not leave anyone in their way. Ernst Stavro Blofeld isn't out of the question. He may have changed his looks, but is he linked with the heist? And if he is, can Bond finally defeat his ultimate enemy.