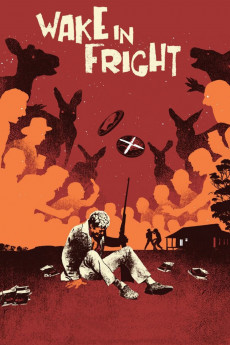 Donald Pleasence, Jack Thompson, John Meillon
John Grant, a teacher working in the remote Australian town of Tiboonda, is under a financial bond with his Government job. At the end of term before Christmas holidays, he plans to visit his girlfriend in Sydney. In order to catch a flight to Sydney, he takes a train to the nearby mining town called Bundanyabba (or "The Yabba"), and plans to stay there overnight before moving on further to the airport. But things go grossly out of script as he is engulfed by the Yabba and its disconcerting residents.