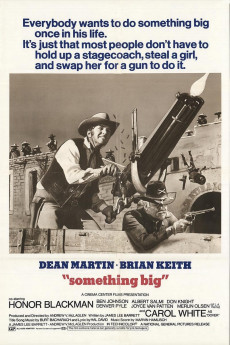 Dean Martin, Honor Blackman, Ben Johnson, Brian Keith
Joe Baker has a dream. He wants to do 'something big.' When he needs a Gatling gun to accomplish this, he seeks out a black marketeer. The price he wants for the gun? A woman! So Baker kidnaps a woman off of the stagecoach, only to find that she is the wife of the commandant of the local Cavalry detachment. Things get further complicated when a girl named Dover McBride shows up. She has come to force Baker to marry her and return east, as he promised to do four years earlier. —Alfred Jingle