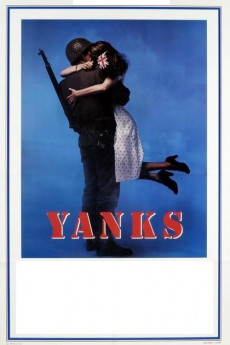 Richard Gere, Vanessa Redgrave, Al Matthews, Chick Vennera
During WWII, the United States set up army bases in Great Britain as part of the war effort. Against their proper sensibilities, many of the Brits don't much like the brash Yanks, especially when it comes to the G.I.s making advances on the lonely British girls, some whose boyfriends are also away for the war. One Yank/Brit relationship that develops is between married John, an Army Captain, and the aristocratic Helen, whose naval husband is away at war. Helen does whatever she needs to support the war effort. Helen loves her husband, but Helen and John are looking for some comfort during the difficult times. Another relationship develops between one of John's charges, Matt, a talented mess hall cook, and Jean. Jean is apprehensive at first about even seeing Matt, who is persistent in his pursuit of her. Jean is in a committed relationship with the kind Ken, her childhood sweetheart who is also away at war. But Jean is attracted to the respect with which Matt treats her. Despite Ken and Jean getting engaged during one of his leaves, Jean and Matt continue to see each other and fall in love. Beyond the issue of Jean's mother's disdain for Yanks and Ken and Jean's engagement, Matt and Jean still have to overcome the differences between the two worlds in which they live. Regardless, the goings-on of the war may override any of their immediate wishes. —Huggo