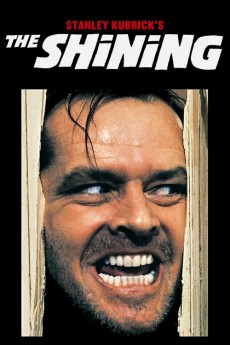 Jack Nicholson, Shelley Duvall, Tony Burton, Danny Lloyd
Haunted by a persistent writer's block, the aspiring author and recovering alcoholic, Jack Torrance, drags his wife, Wendy, and his gifted son, Danny, up snow-capped Colorado's secluded Overlook Hotel after taking up a job as an off-season caretaker. As the cavernous hotel shuts down for the season, the manager gives Jack a grand tour, and the facility's chef, the ageing Mr Hallorann, has a fascinating chat with Danny about a rare psychic gift called "The Shining", making sure to warn him about the hotel's abandoned rooms, and, in particular, the off-limits Room 237. However, instead of overcoming the dismal creative rut, little by little, Jack starts losing his mind, trapped in an unforgiving environment of seemingly endless snowstorms, and a gargantuan silent prison riddled with strange occurrences and eerie visions. Now, the incessant voices inside Jack's head demand sacrifice. Is Jack capable of murder?