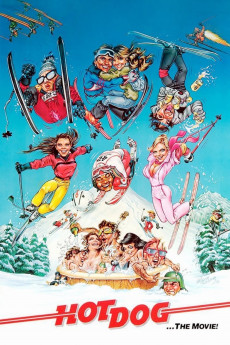 Shannon Tweed, James Saito, David Naughton
Harkin Banks is a naive, skiing-obsessed, young man from Idaho who travels to Sqwak Mountain, California to compete in the FIA International Skiing Competition. Along the way Harkin picks up wild and outgoing teenage runaway, Sunny, who decides to tag along with him. Then Harkin meets skiing professional Dan O'Callahan and his group of misfit skiers to compete against the arrogant, three-time FIA Austrian champion Rudi Garmisch. While Harkin squares off with Rudi by day, he and Dan go partying by night with their friends which includes hot-tub and steam-room making out with various women, including Rudi's former bombshell flame Sylvia.