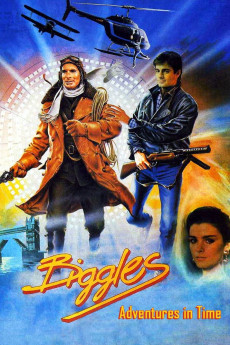 William Hootkins, Peter Cushing, Daniel Flynn, Michael Siberry
One minute the New Yorker advertising expert Jim Ferguson is at a business party -- the next he finds himself way back in 1917 in a plane fight during World War I. Mr. Raymond explains to him that he has a time-twin, to whom he's relocated in space and time whenever one of them is in trouble. So he has to help his twin, biplane pilot Biggles, in his attempt to destroy a German super weapon, that could win their war. Of course it's hard for Jim to explain his sudden disappearances to his fiance, Debbie. —Tom Zoerner