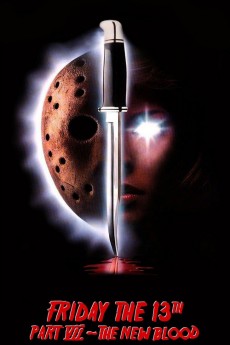 Corey Feldman, Tony Goldwyn, Lar Park-Lincoln, Terry Kiser
Tina Shepard is a special girl. She has the gift of telekinesis (which allows her to manipulate objects by thought). But her gift is also a curse, mainly because she caused the death of her father on the docks of Camp Crystal Lake. Now, Tina has returned home with her caring mother and her conniving doctor, who wants to exploit Tina's powers and become famous. But the teenage residents of Camp Crystal Lake have something more to fear than Tina's powers as she accidentally frees Jason Voorhees from his watery grave. And Jason is really in the mood for a good old teenage massacre.