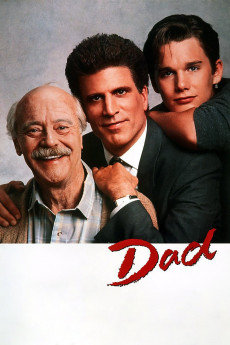 Kevin Spacey, Ethan Hawke, Ted Danson, Jack Lemmon
John, a busy, "always-on-the-run" executive, learns during a meeting that his mother may be dying and rushes home to her side. He ends up being his father's caretaker and becomes closer to him than ever before. In the process, he teaches his father to be more independent which causes problems with the man's wife. Estranged from his own son, the executive comes to realize what has been missing in his own life. As John, his father and his son slowly bond, and even his mother returns from the hospital, everything starts seeming right with the world - until dad goes to have a minor surgery only to come out of it demented and a shadow of his former self.