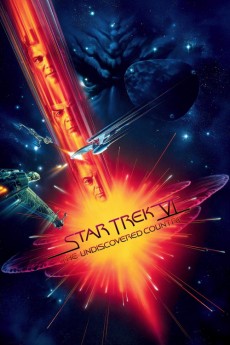 Christian Slater, Kim Cattrall, William Shatner, Christopher Plummer
After an explosion on their moon, the Klingons have an estimated 50 years before their ozone layer is completely depleted, and they all die. They have only one choice - to make peace with the Federation, which will mean an end to 70 years of conflict. Captain James T. Kirk and crew are called upon to help in the negotiations because of their experience with the Klingons. Peace talks don't quite proceed, and Kirk and McCoy are convicted of assassinating the Klingon High Chancellor, and imprisoned on Rura Penthe, a snowy hard-labor prison camp. Will they manage to escape? And will there ever be peace with the Klingons? —Colin Tinto