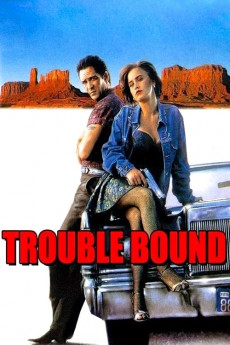 Billy Bob Thornton, Patricia Arquette, Michael Madsen, Mark Pellegrino
Upon getting out of prison, a man who took the rap for some thief buddies gets together with them again, and tells them he's not interested in doing things with them any more. They stick a dead body in his trunk, unbeknownst to him, and he roars off to find his future. Unfortunately, they forgot to get the key they need off the body, so they're chasing him. Meanwhile, a mafia kingpin's daughter is trying to kill the hitman that killed her father, but her grandmother is trying to make peace with the family that hired the hitman, so she and her thugs are trying to stop the daughter. The guy and the daughter get together and experience mayhem on the run from two directions.