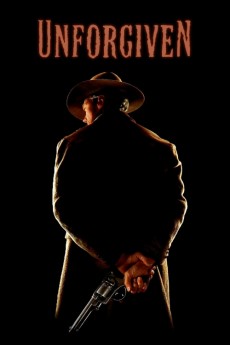 Clint Eastwood, Morgan Freeman, Gene Hackman, Richard Harris
After escaping death by the skin of her teeth, the horribly disfigured prostitute, Delilah Fitzgerald, and her appalled and equally furious co-workers summon up the courage to seek retribution in 1880s Wyoming's dangerous town of Big Whiskey. With a hefty bounty on the perpetrators' heads, triggered by the tough Sheriff "Little Bill" Daggett's insufficient sense of justice, the infamous former outlaw and now destitute Kansas hog farmer, William Munny, embarks on a murderous last mission to find the men behind the hideous crime. Along with his old partner-in-crime, Ned Logan, and the brash but inexperienced young gunman, the "Schofield Kid", Munny enters a perilous world he has renounced many years ago, knowing that he walks right into a deadly trap; however, he still needs to find a way to raise his motherless children. Now, blood demands blood. Who is the hero, and who is the villain?