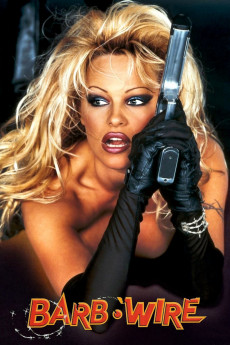 Clint Howard, Pamela Anderson, Temuera Morrison, Diana Lee Inosanto
In the early 21st century, the USA is in the wake of the Second Civil War. The whole country is in a constant state of emergency. What was formerly called the American Congress now rules the country with fascistic methods. There is only one free city left, Steel Harbor, a coastal California industrial town which is headquarters for the resistance. This is the home town of Barb Wire, owner of the Hammerhead nightclub. As times aren't good, Barb has a second job. She's a bounty hunter and you probably wouldn't want her after you. Barb's credo is to never take sides for anybody and that's the only way to survive these days in the crime-ridden streets of Steel Harbor. One evening, her former lover Axel Hood appears at the club asking for a favor to help him and his lover Cora D flee the country to Canada, Barb suddenly finds herself to be key player on high political stage. Now she has to take sides. —Oliver Heidelbach