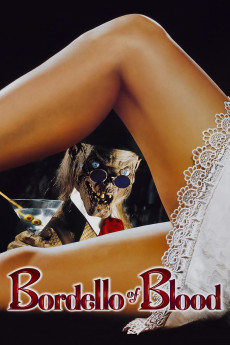 Erika Eleniak, Corey Feldman, Whoopi Goldberg, William Sadler
The dwarf Vincent Prather leads an expedition to the Tierra del Fuego following an ancient map. He arrives at a cave where there is a coffin instead of a treasure. He opens a box with four pieces of a heart and revives the mother of all vampires Lilith that kills his employees. Vincent uses a key artifact with blood to control and protect himself from Lilith. The punk Caleb Verdoux has an argument with his sister Katherine Verdoux and leaves their house to go to a bar to meet a friend. They learn that there is an amazing brothel at 325 Beaumont, a funeral home where they should ask for the Cunningham Wake. They are received by the mortician McCutcheon and soon they go to the brothel. However Lilith runs the place and the girls are vampires. Caleb's friend is killed by Lilith that rips his heart out of his chest and then Caleb is attacked by her. Katherine goes to the precinct to report that her brother is missing but the police officer does not give much attention to her. The private investigator Rafe Guttman overhears her conversation and offers his services to Katherine. The snoopy Rafe tracks Caleb's path and he discovers that the brothel seems to be a lair of vampires. But Katherine, who works with Reverend Current that has a business connection with Lilith, does not believe in his word. Now Rafe is seeking evidences to prove to Katherine that he is telling the truth.