How the Grinch Stole Christmas (2000) 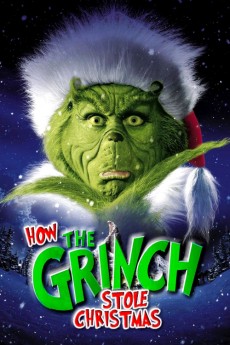 Bryce Dallas Howard, Jim Carrey, Anthony Hopkins, Ron Howard
In the outskirts of Whoville, a green hermit known as the Grinch has been living in Mount Crumpit with his only friend and pet dog, Max. It is soon discovered the Grinch has put himself in exile, due to his hatred for Christmas and after he was bullied by his former school peers after he tried to impress his childhood crush and only female friend, Martha May Whovier, but that ended in humiliation for the Grinch, after Augustus Maywho (the corrupt mayor of Whoville) has began belittling him even further. However, Cindy Lou Who, the daughter of Lou and Betty, believes that there is good in the Grinch. At the same time, Cindy realizes that Christmas is about being with loved ones and it shouldn't be about materialism. The Grinch devises a plot to ruin Christmas by dressing up as Santa in retaliation for being ridiculed and for the citizens endless greed for gifts.