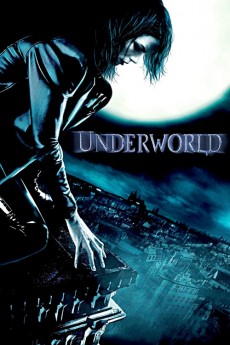 Kate Beckinsale, Michael Sheen, Bill Nighy, Sophia Myles
Against the backdrop of an unseen centuries-old war between the sophisticated Vampire clan and the brutish clan of lycanthropes, the Lycans, the lethally alluring vampire assassin and member of the elite "Death Dealers" squad, Selene, has devoted her existence to eradicating the earth's scattered pockets of remaining werewolves. With the death of the Lycans' supreme overlord, Lucian, the vampires' victory seems near; however, when their arch-enemy takes a special interest in the seemingly harmless human doctor, Michael Corvin, Selene will unearth a long-standing conspiracy. Now, treason, deceit, and conflicting feelings stand in the way of truth, forcing Selene to break protocol for the sake of the vampire race. Can a forbidden relationship put in jeopardy her noble quest? Is this the beginning of a new era, and an entirely different war? —Nick Riganas