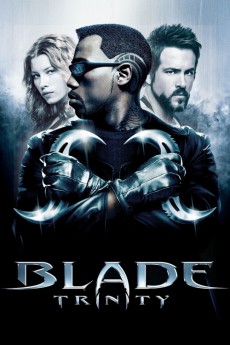 Ryan Reynolds, Natasha Lyonne, Parker Posey, Jessica Biel
For the first time in his blood-soaked vampire-slaying mission, the dauntless vampire/human hybrid who possesses the best of both worlds, Blade, finds himself truly cornered, after eradicating the unstoppable menace known as the Reapers in Blade II (2002). This time, the supreme vampire assassin faces the embodiment of terror in the person of the perfect monster and humankind's arch-enemy: the resurrected Count Dracula, or Drake. Now, with his already shady reputation tainted by malicious defamation, Blade enlists the help of the young team of vampire-hunters, the Nightstalkers, who have concocted an audacious plan to rid the Earth of the parasitic bloodsuckers. However, can the "Day-walker" and his new human allies stop the King of Vampires?