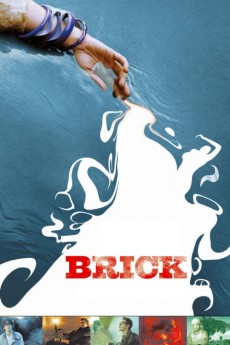 Joseph Gordon-Levitt, Emilie de Ravin, Meagan Good, Lukas Haas
In a modern-day Southern California neighborhood and high school, student Brendan Frye's piercing intelligence spares no one. He's not afraid to back up his words with actions, and knows all the angles; yet he prefers to stay an outsider, and does - until the day that his ex-girlfriend, Emily, reaches out to him unexpectedly and then vanishes. His feelings for her still run deep; so much so, that he becomes consumed with finding his troubled inamorata. To find her, he enlists the aid of his only true peer, the Brain, while keeping the assistant vice principal only occasionally informed of what quickly becomes a dangerous investigation. Brendan's single-minded unearthing of students' secrets thrusts him headlong into the colliding social orbits of rich-girl sophisticate Laura, intimidating Tugger, substance-abusing Dode, seductive Kara, jock Brad and - most ominously - non-student the Pin. Only by gaining acceptance into the Pin's closely guarded inner circle of crime and punishment that Brendan will be able to uncover hard truths about himself, Emily and the suspects that he is getting closer to.