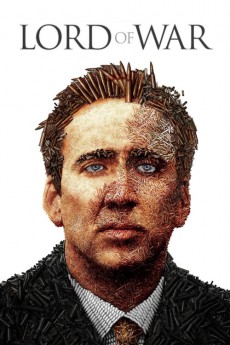 Nicolas Cage, Ethan Hawke, Jared Leto, Bridget Moynahan
In the 1980s in Little Odessa, the Ukrainian immigrant Yuri Orlov decides to change his economical life and becomes an arm dealer with his brother Vitaly Orlov. His business of gunrunner supplying illegal weapons in disturbed areas of the planet increases with the end of the Cold War, and Yuri bribes a Russian General to sell most of his arsenal. Meanwhile, he becomes a millionaire and uses his money to seduce the beautiful Ava Fontaine and they get married, and have a son. INTERPOL Agent Jack Valentine chases Yuri trying to put him in jail, but in the end, he understands that Yuri is a necessary evil for the interest of his nation.