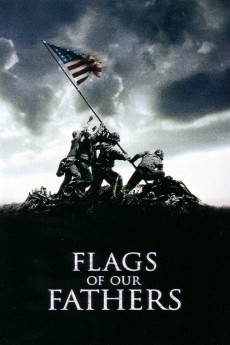 Melanie Lynskey, Neal McDonough, Ryan Phillippe, Scott Eastwood
In 1945, the Marines attack twelve thousand Japaneses protecting the twenty square kilometers of the sacred Iwo Jima island in a very violent battle. When they reach the Mount Suribachi and five Marines and one Navy Corpsman raise their flag on the top, the picture becomes a symbol in a post Great Depression America. The government brings the three survivors to America to raise funds for war, bringing hope to desolate people, and making the three men heroes of the war. However, the traumatized trio has difficulty dealing with the image built by their superiors, sharing the heroism with their mates. —Claudio Carvalho, Rio de Janeiro, Brazil