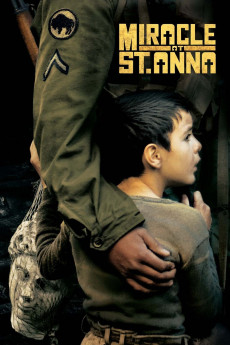 Joseph Gordon-Levitt, Kerry Washington, Walton Goggins, John Leguizamo
Christmas, 1983. A New York postal clerk, a Buffalo Soldier in Italy in World War II, shoots a stranger. In his apartment, police find a valuable Italian marble head, missing since the war. Flashbacks tell the story of four Black soldiers who cross Tuscany's Serchio River, dodging German and friendly fire. With a shell-shocked boy in tow, they reach the village of Colognora. Orders via radio tell them to capture a German soldier for questioning about a counteroffensive. In the village, a beautiful woman, partisans that include a traitor and a local legend, the boy, and the story of a recent massacre connect to the postal worker's anguish forty years later. And the miracle?