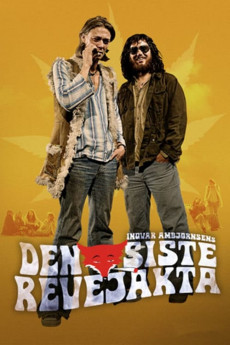 Jan Gunnar Røise, Gard B. Eidsvold, Thomas Bo Larsen, Nicolai Cleve Broch
1979 is ending, the 80s are approaching rapidly. Carl and Robert, two slacker best friends who smoke hashish as a way of cheerful living - have been peddling hashish for a decade, hitting an all time high with this last batch: 45 Kilos of pure, high grade Nepalese Hashish destined for the draught-dry Oslo streets. In their own eyes they are not criminals they simply provide the life-essential drug to a suffering population. But then Glenn comes along, their friend and ambitious financial-backer-destined-to-be-a-yuppie. He has plans to make this deal even bigger than they have been led to believe. Following the delivery of the hashish, the police are on their tail for heroin-smuggling a fact they cannot explain as they both hate heroin and would never touch the drug. Finally they both awake from their self-induced haze, and fight back in a hilarious, suspenseful and dramatic ending.—Mondo