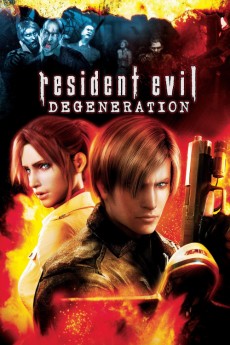 Karen Strassman, Laura Bailey, Troy Baker, Kari Wahlgren
The survival horror saga continues in this original, computer animated feature film inspired by the popular Resident Evil series of video games and films. Seven years after Leon S. Kennedy and Claire Redfield fought the sinister Umbrella Corporation in Raccoon City, Harvardville Airport has been overrun by zombies. Now, as the deadly G-virus is released, and a mutated creature embarks on a terrifying rampage of death and destruction, Leon and Claire must race to eliminate the virus, defeat the monster, and do battle with a rogue soldier intent on seeking vengeance for the loss of his family back in Raccoon City. With the fate of the entire world hanging in the balance, Leon and Claire race to ensure that the biohazard is contained, and prevent history from repeating itself.