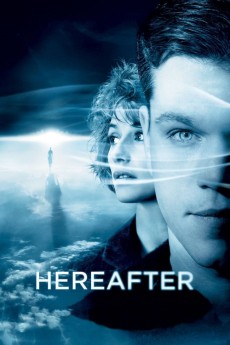 Matt Damon, Cécile De France, Richard Kind, Niamh Cusack
A drama centered on three people who are haunted by mortality in different ways. George Lonegan (Matt Damon) is a blue-collar American who has a special connection to the afterlife. On the other side of the world, French journalist, Marie Lelay (Cécile de France) has a near-death experience which shakes her reality, and when London schoolboy Marcus (identical twins Frankie McLaren and George McLaren) loses the person closest to him, he desperately needs answers. Each looking to understand the one thing all life has in common, but can never share, their lives will cross, changed by what they believe might, or must, exist in the hereafter. —Warner Bros. Pictures