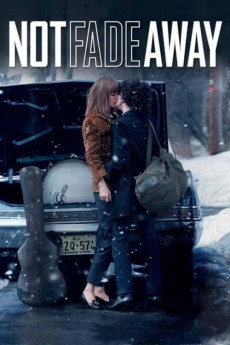 Justine Lupe, Julia Garner, Bella Heathcote, James Gandolfini
On a train, Keith and Mick chat about the blues and the Rolling Stones are born. Douglas and Joe chat in front of a New Jersey music store, and a band is born: as Douglas's sister tells us, it's one of many that don't make it. We follow Douglas from high school (1963-64), when he sees himself as a loser, into the band, playing drums and singing backup - then as the front man. There are tensions, a breakup, an audition in front of a major player, and decisions. Douglas pursues Grace, a country-club gal with hip sensibilities who believes in him. There's also his father, working class, wanting Douglas to apply himself as he watches his own life fill with regrets. —