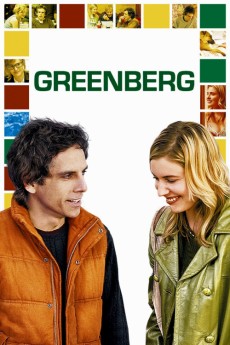 Juno Temple, Brie Larson, Ben Stiller, Zosia Mamet
Forty-one year old Roger Greenberg is a Los Angeles raised, New York based carpenter. He has emotional issues, as witnessed by the fact that he has just been released from the hospital, where he was recuperating from a nervous breakdown. He is hyper-sensitive and hyper-critical, he who spends much time and energy writing to large corporations about the minutiae they do right and more importantly that they do wrong. He, however, sees his critical nature as being openly truthful. Roger has been spinning in his life, especially in comparison to what may have been, as, when he was younger, he vetoed a record deal for his up and coming band because of the details of the contract, all three members who never did have a career in the music business. Of his two still Los Angeles residing band mates, Eric Beller has made a financial success of his life but has not forgiven Roger for the veto, while Ivan Schrank is holistically less of a success but who has outwardly forgiven Roger to remain perhaps Roger's closest friend. Roger literally pushes pause on his life temporarily in agreeing to house sit back in Los Angeles for his brother Phillip Greenberg when Phillip and his family go on vacation to Vietnam, in the process Roger offering to build a doghouse for Phillip's family's German Shepard, Mahler. A support for anything Roger may need in Los Angeles is Phillip's personal assistant, twenty-five year old Florence Marr. A recent college graduate, Florence is smart but insecure, she having no clear goals for or direction in her life. Roger and Florence's casual encounters lead to a Roger initiated sexual relationship of sorts, Florence who can see a smart and funny person somewhere beneath Roger's damaged emotional exterior. Roger and Florence's relationship has its many ups and more downs, the latter which are largely a manifestation of Roger's outlook on his life, the two out of necessity keeping in contact if only for Mahler's sake. What ends up happening between Roger and Florence is largely affected by Roger getting a closer look at his life in being reunited with Eric, Ivan, an ex-serious girlfriend named Beth, and his college student niece, Sara.