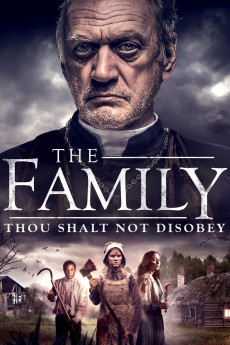 Keana Bastidas
On an isolated farm in what appears to be the 1800's, a family is ruled by their tyrannical father who preaches fire and brimstone, and their devout mother who demands obedience. Their father exploits their fear of a punishing creator, an existential threat living beyond the confines of the farm. Promising salvation, the father commands blind faith enforced by relentless discipline. One day in the field, Elijah, the youngest, collapses out of exhaustion. The father decides to make an example of him, punishing him for his petulance, banishing him to the outskirts to face certain death. Caleb, the eldest, tries to defend him but cannot bring himself to defy his father. When the father brings a new person into the family to replace Elijah, Caleb begins to question his upbringing, seeing through the cracks of his father's words. As he plots an uprising, pitting himself against his hell-bent father, he soon discovers that everything that has been told to him is a lie.