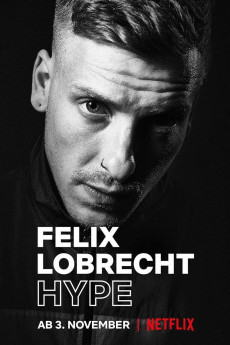 Truth be told, I'm not a die-hard fan of Felix Lobrecht. I've watched a few of his bits on youtube, and in my view there are a few things he has got going for him: authenticity, freshness and a cheeky smile. But after watching this show, I believe that Felix Lobrecht is a comedian who hasn't found his inner voice yet, as stupid as that may sound. I'd like to give a few examples: I liked him best in this show when he shows some self-irony, for example when he scares some guys off (who attempt a robbery at his place) by just knocking against the window, when he hands his cellphone over to two crooks without putting up a fight, when he talks about his future in which all his friends have matured except for him or when he says that he's afraid of the hype about him dying down in the near future and leaving him in the ditches. I also like him when he criticises Saarbrücken for having cherished Adolf Hitler as an honorary citizen until 2001. These are moments in which he reveals some depth, the kind of depth that I have also noticed in the one episode of his podcast (Gemischtes Hack) that I've listened to. But the problem is: these moments are all too fleeting. He never dwells on any of the more serious topics, to be honest, he doesn't dwell upon anything at all, and, in the long run, this show turns out to be a little shallow. The other thing I don't quite understand is his use of foul language: at times, it seems like he's using it to gain street credibility (Berlin-Neukölln) or because he believes it will please his audience but that it's not him at all. Then there is the introduction where he makes fun of handicapped people and where he claims that it is perfectly normal and okay to laugh about them and that we all should relax and stop being so politically correct all the time. But the whole bit about the handicapped people is not really funny and there is no second layer here (meaning that it doesn't appear to be a role that he's playing). After this show I thought that Felix Lobrecht could develop into different directions: he could either turn out to be the next Mario Barth (which would be horrible) or a German version of Aziz Ansari (which I personally would hope for).