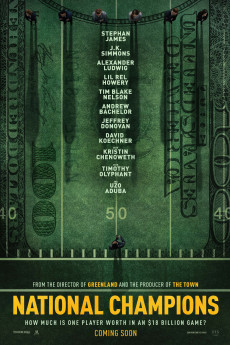 Timothy Olyphant, J.K. Simmons, David Koechner, Alexander Ludwig
Seventy-two hours before the championship game, Missouri Wolves Heisman-winning quarterback LeMarcus James vanishes from the team hotel with his best friend, tight end Emmett Sunday. LeMarcus drops a televised bombshell. He's organizing a players' strike of the game. LeMarcus demands that student-athletes be regarded as employees and be compensated as such. Consequently he starts the fight for fair compensation, equality, and respect for the athletes who put their bodies and health on the line for their schools.