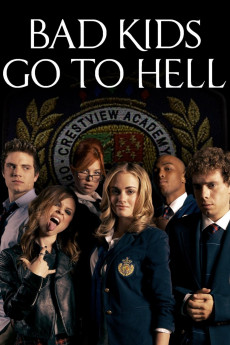 Judd Nelson, Ben Browder, Eloise DeJoria, Augie Duke
The Breakfast Club meets The Grudge in this sexy, dark comedy-thriller! Six prep school kids from Crestview Academy, home to the spoiled offspring of society's elite, find themselves stuck in detention on a frightfully dark and stormy Saturday afternoon. During their 8 hour incarceration, each of the six kids falls victim to a horrible "accident" until only one of them remains. As each of these spoiled rich kids bites the dust, the story takes on a series of humorous and frantic twists and turns. Is one of the kids secretly evening the school's social playing field? Or have the ghosts of prestigious Crestview Academy finally come to punish the school's worst (and seemingly untouchable) brats? One thing is for sure...Daddy's money can't save them now. (Based on the best selling indie comic book series/graphic novel of the same name.)