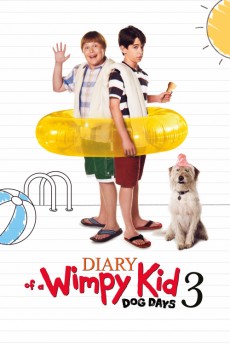 Melissa Roxburgh, Peyton List, Steve Zahn, Devon Bostick
Summer vacation started, and Greg has his own way to enjoy it with video games. However, his father wants him to go outside and stop playing video games, and his mother has her own plans, including a reading club. In addition, Greg can't get along with his father. The only thing they have in common is the hatred for the Lil Cutie Comics. Things only get worse after the stay at the beachside cabin goes totally wrong. Will anything go right? At least there's Holly Hills.