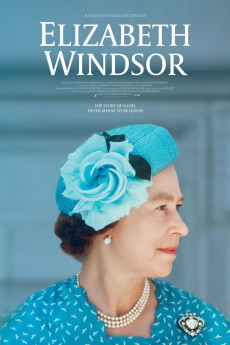 Meghan Markle, Catherine Duchess of Cambridge, Princess Diana, Prince Charles
Elizabeth Windsor tells the story of the girl who was never supposed to be Queen. Born the first daughter of 'the spare', the Duke of York, Princess Elizabeth's life was destined to be nothing more than a bit part in the privileged shadows of the British Royal family. But with the sudden decision by her uncle, Edward VIII, to give up the throne for the woman he loved, so Elizabeth's fate was clear. Elizabeth Windsor would become Queen Elizabeth II. With unparalleled access to the largest archive resource in the world, ELIZABETH WINDSOR, tells the story of Elizabeth's life for the first time through the lens of her intimate family relationships told by those who know her, who witnessed her decisions, and by those who have devoted their lives to understanding what Elizabeth thinks and feels. At the heart of it is a love story for the ages as a 13 year old Elizabeth falls head over heels in love with the dashing Philip Mountbatten. This is the story of how a girl becomes a Queen, how a Queen struggles as a mother, and how a grandmother must face life as a widow. ELIZABETH WINDSOR is the story of woman like no other, caught between duty and family, a nation and her own children, and how she has led a monarchy through some of the greatest changes in modern history. A woman who never chose her life, but who has become the world's longest ever serving Queen.