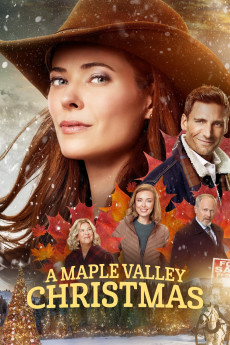 Andrew W. Walker, Peyton List, Ella Cannon, Frances Flanagan
With their mother Ina Holden's decision to retire just before Christmas, sisters Erica Holden and Heidi Holden become the fourth generation owner/operators of their family's business, Maple Valley Farms, the largest maple farm in Montana. The family long diversified in realizing they needed to overcome the hard times of the maple business, diversification such as holding Christmas festivities centered on maple and/or the farm this time of the year. That change of hands coincides with their neighbor, Andres Fernandez, also retiring and selling his property, the Holden family's long term plan always to purchase the property as it belonged to them thirty years ago when they had to sell during one of those hard times. It also coincides with the arrival into town of Aaron Davenport, he and Erica who have an immediate emotional connection with each other. That connection with Aaron changes for Erica when he discloses that the reason he is in town is to bid on the Fernandez property on behalf on his family's business, Davenport Homes, a San Diego based land development company, his father, President Steve Davenport, who still is the ultimate decision maker. This strain between Erica and Aaron also brings up the strains within each family. Much like the Holdens, Steve's plan was always for Aaron to take over the business when the time came, however Aaron has never felt supported, respected or loved by his father. Aaron doesn't believe it in their best interest to purchase that specific property despite Steve's determination to do so. And armed with an MBA, Heidi, an equal partner but the younger sister, feels that she is always railroaded by Erica especially when it comes to the farm in Erica being the older sibling and in having that more hands on knowledge. Like Aaron, Heidi doesn't believe it in their best interest to purchase the property, Erica admitting that it may be her emotions dictating her want to do so. In the process of dealing with these conflicts, both Erica and Aaron may come to a realization of what they truly want in life.—Huggo