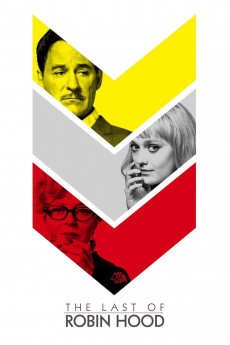 Dakota Fanning, Susan Sarandon, Max Casella, Kevin Kline
The Last of Robin Hood is the true story of Beverly Aadland, a teen starlet who became the last girlfriend of legendary swashbuckler Errol Flynn. In 1957, Beverly was working at Warner Brothers studios with a fake birth certificate saying she was 18 -- she was in fact, only 15 -- when she encountered the former matinée idol. After a bumpy start, the two undertook a relationship that was ultimately embraced by Beverly's Hollywood mother Florence, who became a willing third wheel. The affair took them from L.A. to New York to Africa, then to Cuba where Flynn pitched in with the rebels to make a pro-Castro propaganda movie starring Beverly. It all came crashing to an end in Vancouver, however, when Flynn died in Beverly's arms, causing an avalanche of publicity; Florence finally achieved the attention she sought in the form of tabloid notoriety but the chaos drove Beverly to the edge of sanity. The Last of Robin Hood is a poignant yet darkly comic coming-of-age tale about the desire for fame and the price it exacts. —Anonymous