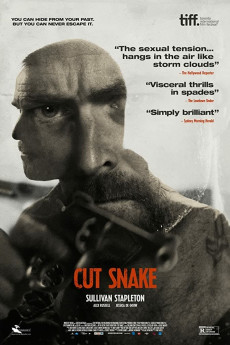 Sullivan Stapleton, Jessica De Gouw, Alex Russell
Set in Melbourne in the mid-1970s, Cut Snake tells the story of Sparra Farrell (Alex Russell), an ex-convict who is trying to make a new life for himself in a new city. He has found honest work and even becomes engaged but the prospect of this new life is challenged when his foreboding and charismatic cell mate Pommie (Sullivan Stapleton) tracks him down upon his own release. Sparra finds himself enigmatically drawn back toward a world and a man that he was certain he had wanted to leave behind.