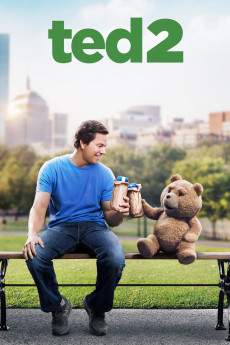 Liam Neeson, Amanda Seyfried, Mark Wahlberg, Patrick Stewart
John Bennett has been divorced from Lori Collins for five months. Meanwhile, his best friend Ted marries his girlfriend, Tami-Lynn. One year later, following a heated argument, they decide to have a child. As Ted can not have children, John agrees to help Ted find a sperm donor. They ask Sam J. Jones, but he refuses, due to a low sperm count. Then they try to unsuccessfully break into Tom Brady's house and steal his sperm. Ultimately, John offers to donate his sperm. Despite Ted and John's efforts, Tami-Lynn's historical drug use has rendered her infertile, and the couple decide to adopt. As background checks are carried out, Ted's legal status as a person is brought into question.