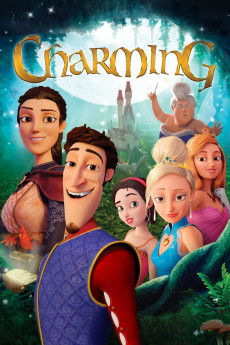 Tara Strong, Wilmer Valderrama, Ashley Tisdale, John Cleese
Charming is an irreverent animated comedy about a young Prince with an irresistible appeal and one kick-ass maiden who wants him only for his money. Cursed as a child, Prince Philippe Charming compulsively proposes to every woman he encounters, leaving a trail of lovesick ladies and scorned lovers to wreak vengeful havoc on the Kingdom. Ultimately, Prince Philippe's exasperated father, King Charming, gives the young Prince an ultimatum... Find a true, true-love before his 21st Birthday or lose all claim to the throne. —3QU Media