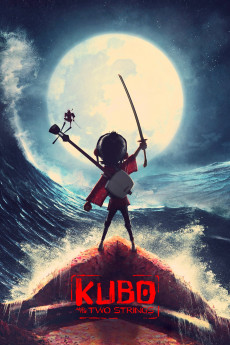 Charlize Theron, Matthew McConaughey, Ralph Fiennes, Rooney Mara
In feudal Japan, 12-year-old eye-patched Kubo tends to his ill mother Sariatu (who bears a scar over her left eye as the result of a sailing accident at the beginning of the film) in a mountain cave near a small village. He earns their living by magically manipulating origami with music for the townsfolk, telling the tale of his missing father Hanzo, a samurai warrior. Kubo is never able to finish his story, as he does not know what happened to Hanzo and his mother herself cannot recall the ending due to her mental state deteriorating. Sariatu warns him not to stay out after dark as her Sisters, Karasu and Washi, and his estranged grandfather, the Moon King (who took his eye when he was a baby) will find him and take his remaining eye.