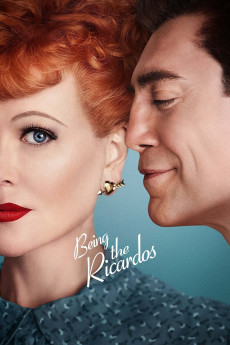 Nicole Kidman, J.K. Simmons, Javier Bardem, Robert Pine
In 1939, Lucy Ball is contracted to RKO Pictures. She gets small parts in big studio productions, but featured mainly in low budget films. She meets one of the film's cast, the charismatic 22-year-old Cuban singer Desi Arnaz and the two fall for each other instantaneously. Months after filming, they marry and buy a home in Hollywood. Desi has a successful stint fronting the Desi Arnaz Orchestra that tours around the country, while Lucy continues her film career with little success. In 1948, she is cast in the radio show "My Favorite Husband", which becomes a success. The show draws interest from CBS and Philip Morris, but Ball only agrees if Desi plays her on screen husband. By 1953, the show is renamed "I Love Lucy" and becomes a smash hit with nearly 60 million viewers each week. On the night of the live filming, a newspaper article deems Lucy a Communist. Lucy admits but Desi insists not to tell the truth. They are now facing a crisis that could end their careers and their marriage.