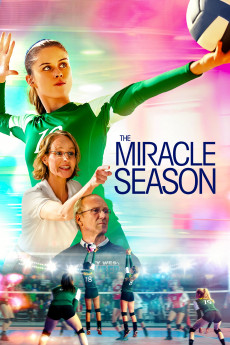 Erin Moriarty, Helen Hunt, William Hurt, Nesta Cooper
Caroline "Line" Found is the star volleyball player on the Iowa City West High School Volleyball Team and well-loved by members of the community. With Line as the captain, the Trojans have been undefeated and everyone has high hopes for West to win the championship again after the previous year, especially against their long-time rival, City High. During a party at her house, Line decides to secretly sneak away to visit her mother Ellyn at the hospital, where she is being treated for cancer. That night, Line herself is killed in a moped accident, leaving the entire community in mourning. Despite the school and community still in shock over Line's death, the Trojans' coach, Kathy Bresnahan continues to hold volleyball practice. She directly approaches Line's best friend, Kelley, encouraging her to return because Line would have wanted them to continue. Kelley refuses, but Bresnahan persists until Kelley agrees. After it is revealed that the Trojans lost their most recent match due to forfeit, Kelley encourages the entire school that they need to continue for Line's sake..