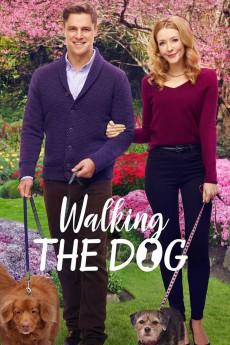 Kimberley Sustad, Matt Hamilton, Sam Page, Jennifer Finnigan
Partly to escape the pain of a relationship break-up, lawyer Kristie Simmons two years ago moved from Chicago back to her hometown of Bradley Beach, Washington where she's opened her own legal firm. Beyond the comfort in dating Bill Nolan, the town veterinarian, through who she agreed temporarily to foster Gidget, a rescue dog, Kristie has immersed herself in a series of pro bono cases for the community, the latest being representing the local bike club against the town development board in fighting to install a bike lane. She learns the board has acquired the services of a high powered Seattle lawyer in their regular town lawyer being temporarily unavailable, she saddened to learn that the replacement, Keith Amos, the man she ran into at the beach while she was walking Gidget, Keith walking his dog, Simon, with Simon and Gidget having become inseparable friends at first sight. While there is still an attraction on Keith's side to Kristie, Kristie now only sees in Keith the enemy. But as Gidget and Simon will do whatever they need to be together, Kristie and Keith are also thrown together, during which Kristie's defenses toward Keith start to break down. Beyond the issue of the bike lane, a further potential obstacle facing Kristie and Keith coming together romantically is if Keith places his career over his personal life, especially if it negatively affects Kristie and Bradley Beach. Meanwhile, Kristie's ten year widowed mother, Barb Simmons, the owner/operator of the beach-side café, has been receiving romantic gifts from a secret admirer in the lead up to Valentine's Day, the only indication of his identity being he revealing he one of her regular customers. Barb has to decide if there is a possible second chance of romance in her life, something she had long thought not.