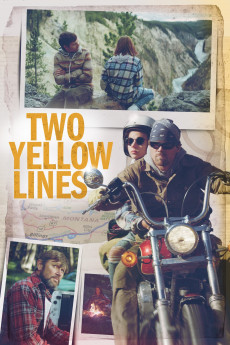 Alicia Ziegler, Bre Blair, Grant Show, Grant Harvey
Veteran smokejumper Jack Elliot fells trees on a steep mountain slope high in the Montana wilderness. He's one of a five-man crew harvesting beetle-infested pines. It's a long road from the frenetic lifestyle of a smokejumper, but after losing most of his unit in a runaway backcountry fire, the tranquility of a quiet wood is a welcomed peace. His phone rings. Jack's estranged ex-wife can't pick up their teenage daughter from camp in Wyoming. After the fire, Jack lost himself, and consequently lost his family. He hasn't seen either of them in five years. Hesitant at first, he agrees. When Jack arrives at SkyCamp, it's not exactly what he was expecting. He pulls in on his '98 Wide Glide, sleeping bags latched to the back, eating the dust of a black G-Wagon. When Hanna sees her Dad, out in the middle of nowhere, atop a twenty year old Harley, it's not exactly what she'd had in mind, either. Reluctantly she gets on. Over the next four days, we watch these two strangers battle as they ride across the wild Montana landscape and sleep beneath her bounty of stars. Watching his baby grow into a woman, and seeing her hero shrink to a man, a battle that starts off as face to face, slowly becomes back to back. But the mountains, the passersby, and the small seat of a motorcycle can only do so much to bring them together. The rest is up to them.