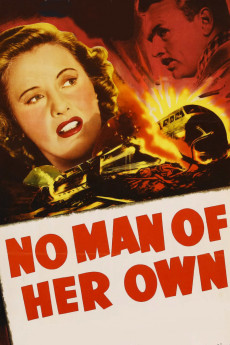 Phyllis Thaxter, Barbara Stanwyck, Kasey Rogers, John Lund
In a mansion in Caulfield, Illinois, Patrice and Bill Harkness are waiting for the police. Meanwhile, she recalls her life in San Francisco. Eight-months-pregnant Helen Ferguson is dumped by her boyfriend, the crook Stephen 'Steve' Morley, who gives her a train ticket to New York to stay with his new girlfriend. On the train, Helen befriends the also-pregnant Patrice Harkness and her husband Hugh Harkness, who are returning from Europe. When they go to the toilet, Patrice asks Helen to hold her wedding ring to avoid losing it, but there is an accident and only Helen survives. She is mistaken by the Harkness family as being Patrice and welcomed by Mrs. Harkness, Mr. Harkness and Bill at home. Helen decides to pose as Patrice, and the family treats her like a daughter. Out of the blue, Steve meets Helen in a club and blackmails her, promising to destroy the lives of Mr. and Mrs. Harkness. Now Helen realizes that she must kill Steve to protect her son and the old couple. What will she do?