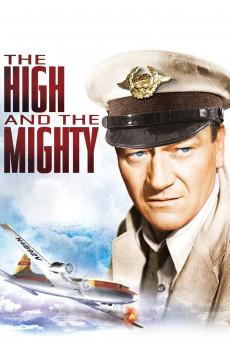 John Wayne, Robert Stack, Dorothy Ford, William Schallert
On a flight from Hawaii to California, the engine dies on the plane Dan is flying. As he prepares for a crash landing, the passengers reassess their lives. The template for disaster movies with an Oscar-winning score and a cast list that reads like a who's who of 1950s film. —Jwelch5742